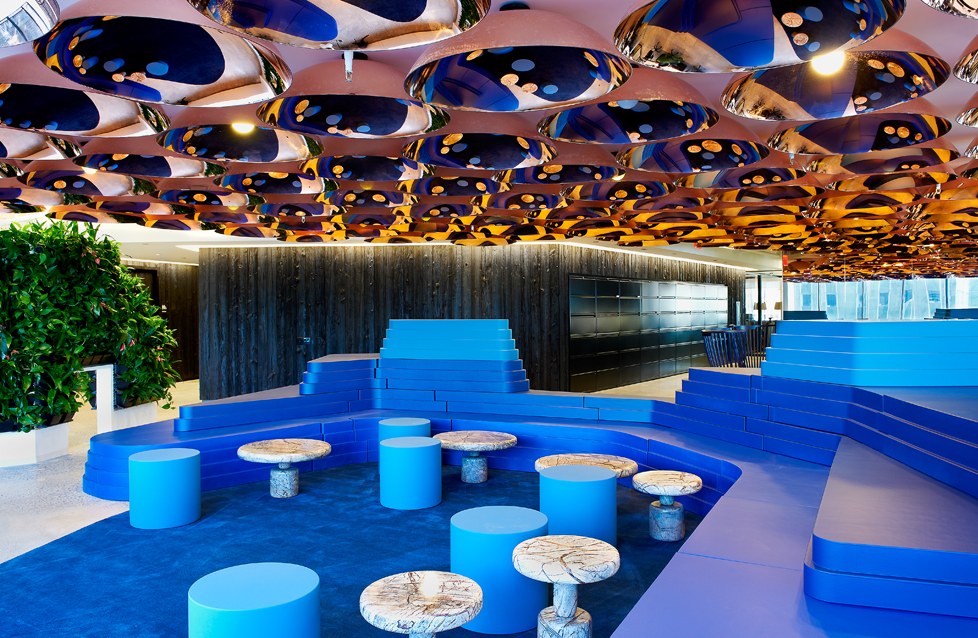 Over the last 5-10 years, office environment trends have gone from linear and regimented to informal, eclectic and often homely. This was heavily influenced by companies like Facebook, Google and Twitter. When the hash-tagging, redbull-drinking, hack-partying Palo Alto mob unveiled their new HQ (designed by Studio O&A) in 2009, what was initially a ‘wow that’s cool, but we could never work like that’ reaction from many, swooshed through the digital, marketing and creative industries, eventually trickling down to become staple diet for blue chips in many sectors.

Students pour out of University each summer, many having spent years in increasingly slick (should I say ‘sick bruv’) library facilities lounging on modern upholstery with MacBooks instead of sitting at studydesks with PC’s going clickety clack. The savvy ‘next gen’ see good workplace design as a key factor in choosing their employer – and rightly so. We’re all going to live to be 137* so office spaces and how they make us feel are becoming increasingly important.

The purpose of the office has changed. People can work from anywhere, so the value in today’s workplace is in collaboration, discussion, problem solving and idea sharing – with ample provision for quiet focus work. Providing people with a range of spaces and a mix of formal and informal settings to suit different tasks. Dropping formalities, encouraging interaction and nurturing creativity is key. When people feel good, they work better.

Workplace designers saw it coming and a number furniture manufacturers jumped on it early. When first launched twenty years ago, bench desks were both groundbreaking and premium products. Today, mass production by the wider market means that more often than not, desks are now low cost commodities. There is far more emphasis on exciting (and more profitable) soft seating and upholstery in the workplace. There was a time that the ‘ancillary package’ on a project meant reception sofas, a couple of dull meeting rooms and four beech ply barstools in the staff kitchen. Now soft seating and breakout furniture packages on large commercial office projects compete with the desk and task chair spend.

There’s been a generation change…did you notice?

We’ve seen a rise in office furniture manufacturers diversifying; launching cool soft seating and wacky lighting – equally at home in new wave offices as it is in bars, hotels or clubs. In addition we’ve seen the rise of a generation of new designers and edgy young manufacturers. It’s these guys that epitomise the ‘modern way’. Many of the larger old school office furniture producers responded to the change in landscape by strategically buying soft seating factories to inject flair into their portfolio, so they aren’t left behind in the power shift.

In other words – raw creativity Vs cash money.

But the lowly desk has upped its game. Many quality desk systems now integrate copious amounts of network cables, sockets, USB charging devices, monitor stands, task lighting -and eat power cables for breakfast. These are still the places to go for serious work. And at long last, the UK is getting behind the sit-stand desk (can I get an ‘Amen’?) that its continental cousins have enjoyed for 15-20 years.

Until technology invents the next big thing to radicalise our places of work, providing people with a balanced choice of varied spaces for formal and informal work, connectivity, quiet focus and comfort will remain key to creating a successful workplace – and vital factors in attracting and retaining a skilled workforce.

Along with Jammie Dodgers and a decent cuppa.

*142 by the time you have finished this article.

iThere are no comments