European design fairs used to be dismissive of Asian furniture companies; confining them to Hall Z where the tumbleweed blows. Meanwhile Western brands in swankier halls complained loudly about Chinese photographers getting too close to their precious chairs. But the landscape is changing fast. Asia has upped its game and the Western design community is reconsidering its position like a stuttering politician.

Shin Azumi was the first Asian designer during my career to cause ripples on the Western furniture design circuit. His Lem stool for La Palma (2000) was an overnight success. We’ve since seen a steady rise in talented Asian designers adding quality and flavour to the Western market.

Neri and Hu quietly sneaked into the fray a few years later from their base in Shanghai. You’d be forgiven for thinking some of their furniture was designed by time-served Scandinavian creators. They managed to absorb some of the finer nuances of modern European furniture design and put their own stamp on it. Their diverse design team speak 30 languages and reflect China’s current generation of cool creatives. Design-aware, well travelled and on-trend.

They are also creative directors to a furniture producer called Stellar Works. This Shanghai based manufacturer aims to “celebrate the poetry of Japanese aesthetics, the richness of Chinese ornamentation, the playfulness of Italian design, the refinement of French luxury and the less is more ethos of Scandinavian design.”

NENDO on the other hand have a distinct style of their own – with an unapologetic Tokyo accent. This design team burst on to the scene in 2003 with their exhibition ‘sinking with furniture’ (below). A simple concept, brilliantly executed. 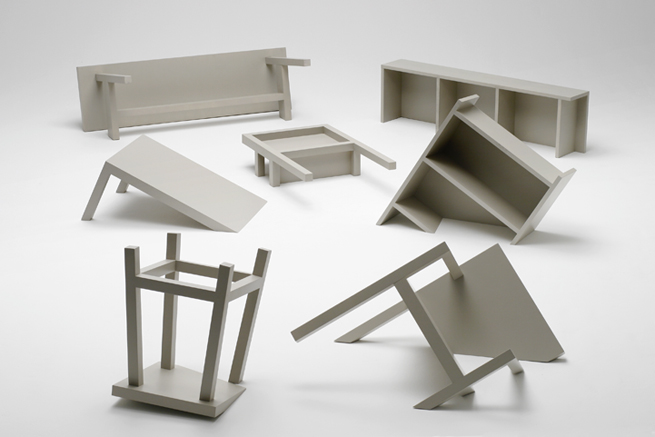 You can see similarities with their marble tables shown in Milan last week for Marsotto Edizioni. The initial illusion of a wobbly table is dispelled on closer inspection by a perfectly flat and stable high quality marble surface.

Their Tangled Leg table for Capellini (below) is a playful response to a brief calling for a casual “but not typical” modular table. The designers wanted it to appear that the tables were holding hands. And if these two examples aren’t enough, their 50 Manga Chairs exhibition certainly provided the ‘!’ moment on Instagram during Milan Design Week.

‘Alamak!’ translated means ‘Oh my God’ /’What a surprise!’ The exhibition by the same name celebrates Asian craft and design at the XXI Triennale in Milan. It also acknowledges the West’s habit of overlooking – and at times ignoring – the design and manufacturing prowess in this part of the world. UK readers will appreciate the novel Birmingham Library Side Table above. Designed by Naihan Li, this product epitomises a trend of young mobile Asian generations who travel, explore and study in the West before returning home to apply their ideas to traditional local craft production methods. Made in Asia by Asian Designers: Asia could very well be the driving force of the next global design movement. 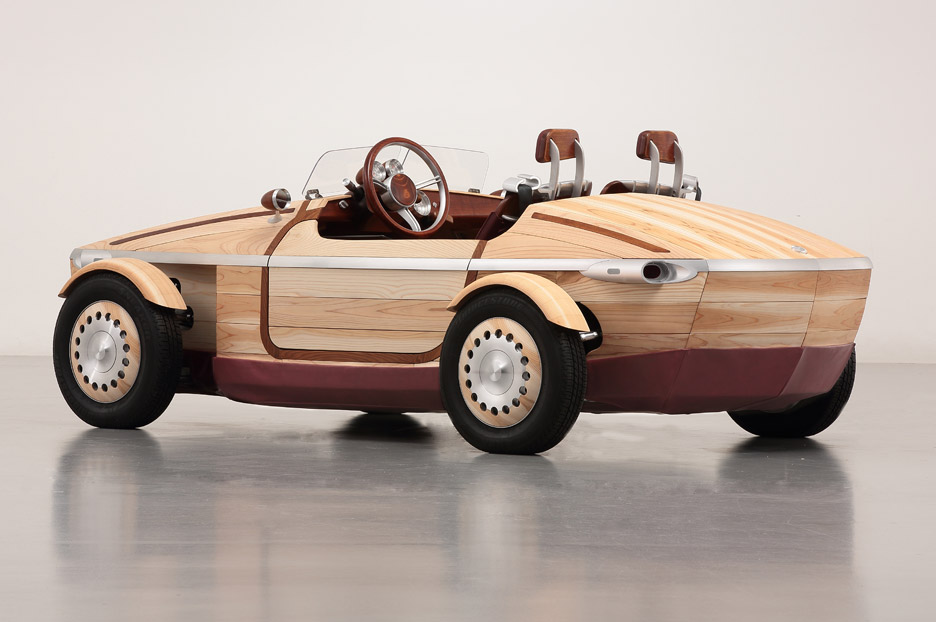 And why not? The West has grown to love and embrace many Asian brands. Toyota (above) are a perfect example. Their Sestina concept car on show at Milan last week was a real head turner. If Lexus (Toyota’s luxury division) can engage Saatchi & Saatchi to successfully penetrate the Western design-led consumer market, then Asian furniture producers can hire European designers to do the same. Or maybe they’ll just use their own. If you consider Asia’s manufacturing capability, emerging design talent, their desire to diversify into new markets and the region’s embracing of cutting edge technology – it seems obvious change is coming.

China has made itself the ‘go to’ country for mass production. Many well known Western furniture brands have (quietly) produced there for over a decade. And there are a growing number of Architects, Brands and Designers emerging from the Far East with a spring in their step and a sense of fun in their design style. What is happening now is a change in attitude – our eyes are finally starting to open. 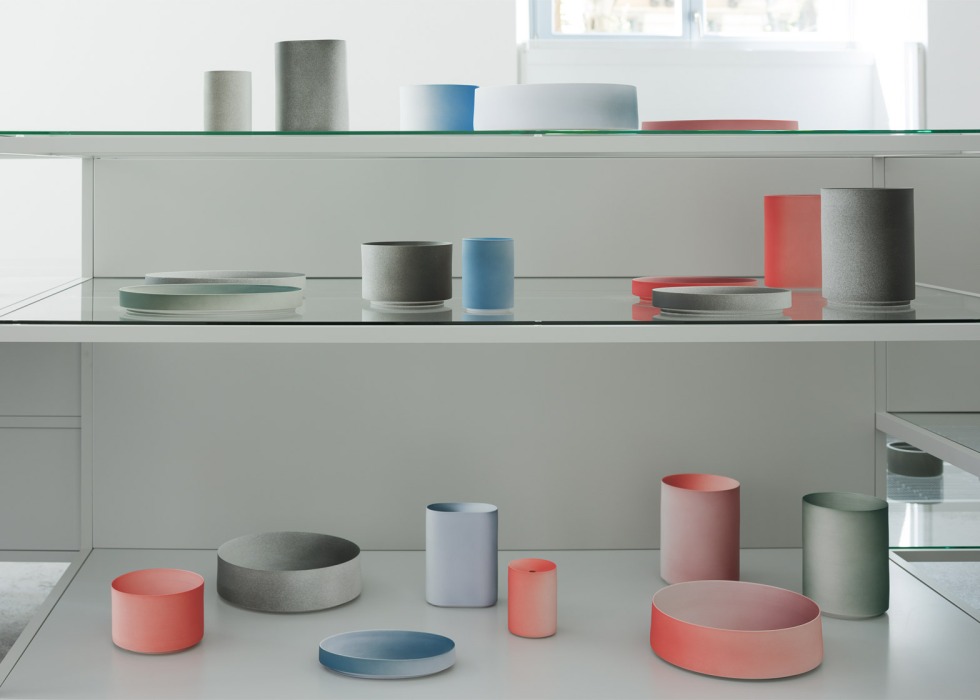 A group of European designers has recently linked up with craftsmen from Arita, Japan: an area with 150 potteries and a 400 year history of porcelain production. Overseen by a creative team including Scholten and Baijings, the aim is to support Arita’s craftsmen, who have been going through difficult times. The craft of various potteries was carefully considered before matching a pottery with a designer. What a great story – and a real example of potential future East / West collaborations.

And the proof is in the dumpling. The committee behind the Milan Furniture Fair announced in February that they will stage Salone Del Mobile in Shanghai on 19-21st November. A shrewd move. They have taken this step to foster relationships between the Italian furniture industry and China. And let’s be honest- they want in.

I will leave you with a video of Japanese Architect Sou Fujimoto‘s exhibition ‘Shifting Forest of Light’ in a derelict theatre in Milan. Fujimoto was appointed by fashion brand COS to launch their new collection – and wowed everyone with his simple yet effective use of spotlights, darkness and mirrors mimicking a forest at twilight.

Perhaps the lights are finally coming on and our perceptions of Asian furniture design are shifting… Alamak!

iThere are no comments